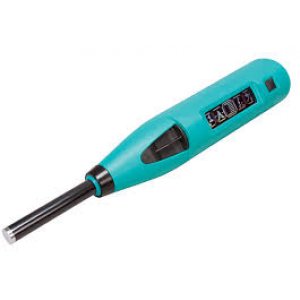 Often, existing concrete structures will need to be examined and tested to ensure the concrete remains of adequate strength and durability. Rebound hammer surveys can be conducted to provide a rough estimate of concrete strength, where it is not possible to determine this by more accurate means such as core extraction and testing.

The test involves using a special rebound hammer, which measures the recoil of a piston against the concrete surface when a standard force is applied. This recoil can then be correlated approximately to concrete strength.

The rebound hammer consists of a barrel in which is housed a hammer mass attached to an impact spring which slides on a guide bar. A plunger is attached to the guide bar which is pressed against the surface to be tested. As the piston is pressed against the surface to be tested, on reaching the compressive strength, the hammer mass is released and rebounds to a certain extent, according to the strength of the surface, which is indicated by a rider on a calibrated scale. A lock button fixed on the body of the hammer lock the rider in place and the rider can be reset to zero Position by using the same button. The equivalent compressive strength can be computed from the chart supplied. It is suitable for specimen of compressive strengths 100-700Kg/cm. The instrument, complete with a grinding stone for polishing the test surface, is supplied in carrying case.